Winner of the 2007 NFA Piccolo Master class, Angela received her Master of Music in Flute Performance from Florida State University and her Bachelor of Music in Flute Performance from Tennessee Technological University. An avid performer, Angela is Assistant Principal/Piccolo of Sinfonia Gulf Coast of Destin, Nashville Philharmonic, Columbus Symphony and Nashville Flute Choir. Joining the military soon after 9/11 she recently became a member of the 313th Army Band in Huntsville, AL, after completing a 16-year tenure in the 129th Army Band in Nashville, TN.  In addition to her solo performances, she has performed with such celebrities as Kristen Chenowith, Pink Martini, Jamie Bernstein, Morgan James,  Katherine Jolley, Nancy Griffith and Mary Wilson of the Supremes.

As a trainer, Angela maintains several training locations in Nashville and also travels to give her workshops and presentations, most notably presenting at the National Flute Association Conventions in Salt Lake City, UT; Las Vegas, NV, Washington, D.C. and Orlando, FL. Among her recent workshops, she has travelled to present at Arizona State University, Florida State University, Stephen F. Austin University, Ft. Lewis University and the University of Tennessee at Chattanooga among others.

Recently she was sought out by the Old Guard, Army Fife and Drum Corps as a special consultant to prevent playing related injuries. She has since taken up residence on the faculty of the Stetson University flute camp and has been sought out for numerous other positions including her recent appointment Fall of 2018 as Chair of the National Flute Association Performance Health Committee.

In February 2019 she published her first book: The Musician’s Essential Exercises, with plans to branch out into instrument-specific volumes in the near future.

When she is not performing or training, Angela can be found teaching private flute lessons in the middle Tennessee area or riding her Trek road bike as many hours as there are sunshine.  She recently completed her 4th century ride (100+ miles) and has a goal to ride between 5-12 centuries in 2019 and log 5,000 miles.

Bethany joined the team in the Fall of 2019 as chief graphics designer.

Bethany is a Visual Arts Student at MTSU, specializing in figure drawing and graphic design. After studying flute under Angela McCuiston, Bethany is now working on graphic design at Music Strong and is currently accepting commissions.

John Paddie holds a master’s degree in composition from Sam Houston State University. He studied under Drs. Kyle Kindred and Brian Herrington. He is an active composer, arranger, percussionist, vocalist, and educator in the Houston, Texas area.
He graduated from the Woodlands High School as a four-time participant in the Woodlands High School Marching band and was a national finalist twice in the Bands of America Grand National competition. He served as section leader in the Sam Houston State University Bearkat Marching Band for two years. He also sang with the Statesmen Chorus competing in the Barbershop Harmony Society competitions. He plays in the Houston-based rock-fusion band Zero Detail on drums and backup vocals. He performs on auxiliary percussion for Joe Burlison’s Uptown Jazz in addition to arranging for that group. He was a founding member of the Rock-It Rocket Band, a group that performs for Woodlands area children. He performed for and has writing contributions for Jack Nelson’s americana album Let‘er Buck and played aux percussion on Joe Burlison’s Uptown Jazz Christmas Album in 2016. Zero Detail released their second EP, Make It Through in December 2019.

His music has been performed by marching and concert ensembles alike all over the United States. He was awarded the Fisher Tull Composition award in 2019 for his percussion trio Shakr Hmn. He has written for and taught for scholastic marching ensembles in Texas, Oklahoma, Maryland, and Virginia. In 2019, Morris High School in Morris, Oklahoma won the 2A state championship with a custom show designed by John.

He currently serves on the board of the Houston-based non-profit Avanzare Vocal Ensemble and is an active advocate for music, education, music therapy, LGBT+ rights and equality, and mental health awareness. His musician’s collective,
the Ornith Collective, serves composers in the greater Houston area. John hosts a podcast, Music In Our World, which can be found on any podcast platform. 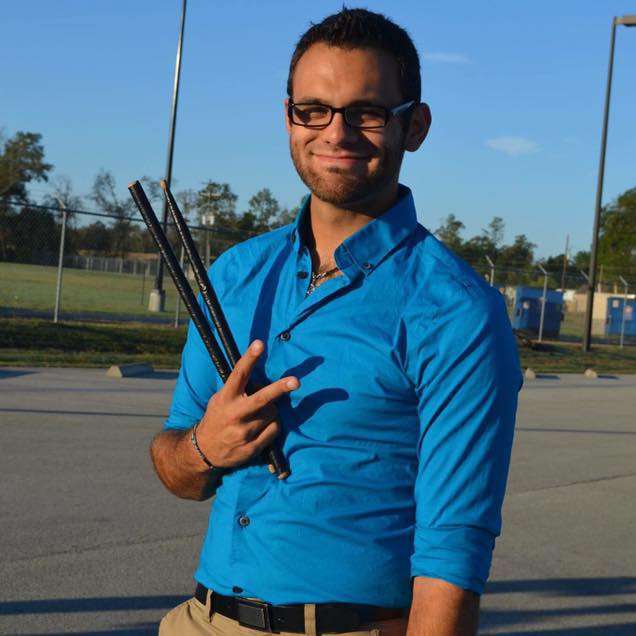 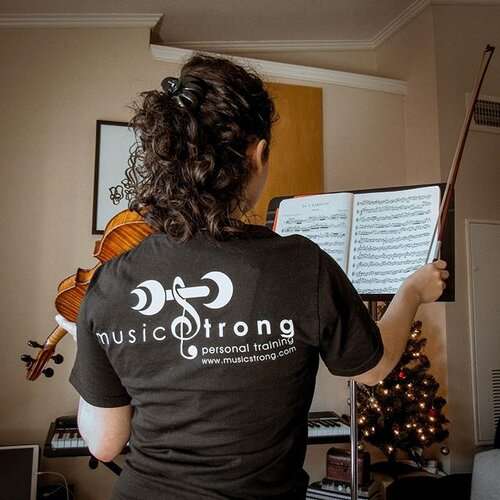 Valeri is a violinist and music educator based in southeast Texas with a passion for musician’s wellness and historically informed performance practices.

Having recovered from being over 70% disabled due to playing-induced chronic pain, I’m passionate about injury prevention, conditioning, and passing on what I’ve learned to others.

Chrysa Kovach is the Orchestra Coordinator for the Colburn School’s Community School of Performing Arts and is currently pursuing a Master of Music degree in Community Music at the University of Southern California. Prior to her position with the Colburn School, Kovach held development and grant writing positions with the Santa Monica Symphony in Santa Monica, CA, and with the W.O. Smith Music School in Nashville, TN.

Kovach enjoys conducting and currently serves as the Principal Guest Conductor of the Music City Brass Ensemble. She is also the founder and past music director of the W.O. Smith Community Orchestra, a volunteer ensemble dedicated to presenting educational concerts and collaborating with local composers. Kovach has studied conducting privately with Emelyne Bingham, Kelly Corcoran, Maxim Eshkenazy, and Robin Fountain. She has participated in masterclasses with Luis Miguel Clemente, Hans Graf, Colin Metters, and Tito Muñoz, and performed with the Atlantic Coast Orchestra in Esposende, Portugal.

Kovach performs as a flutist with the Santa Monica Symphony and the Vicente Chamber Orchestra, and is a former member of the Orchesterverein in Vienna, Austria. Past flute instructors include Philip Dikeman, Barbara Gisler-Haas, Jane Kirchner, and Heidi Kushious. Kovach graduated from Vanderbilt University in 2013 and was a recipient of the Blair School of Music’s Richard C. Cooper Award for campus-wide leadership in music.

“After suffering from playing-related injuries and feeling like there weren’t musician-specific resources available, I’d like to spread the good word that you can train your body and not have to play in pain. Practicing fitness is just as important as practicing your instrument and they’re not mutually exclusive. It’s a symbiotic relationship!”